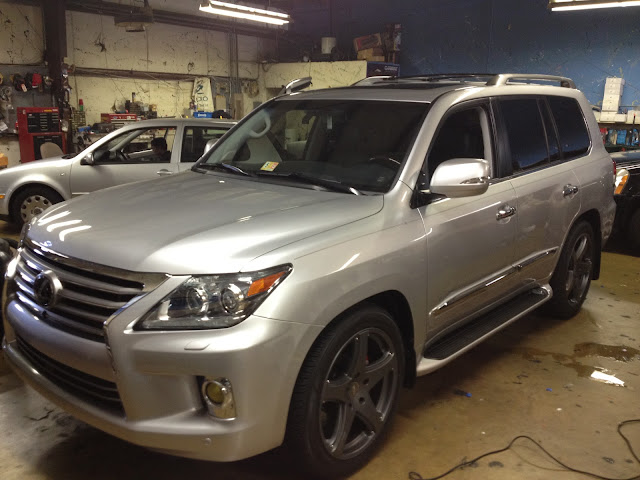 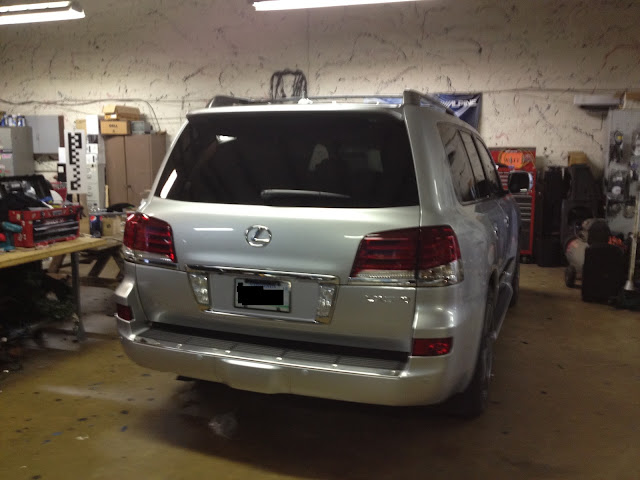 Rear view shows how discreet the rear laser shifter is on this vehicle. 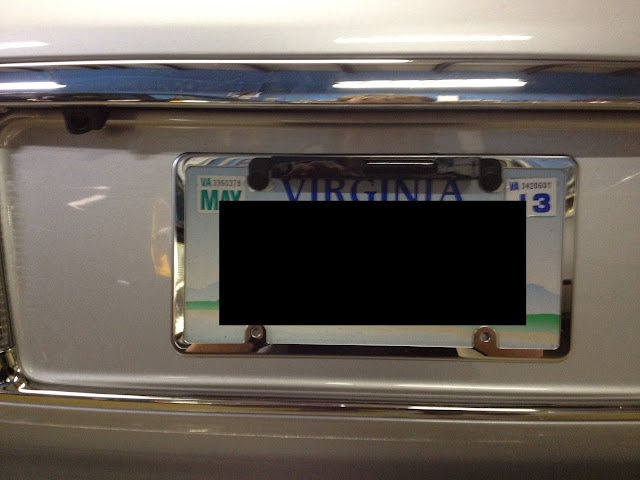 close up shot of the rear laser shifter mounted on the license plate bracket. 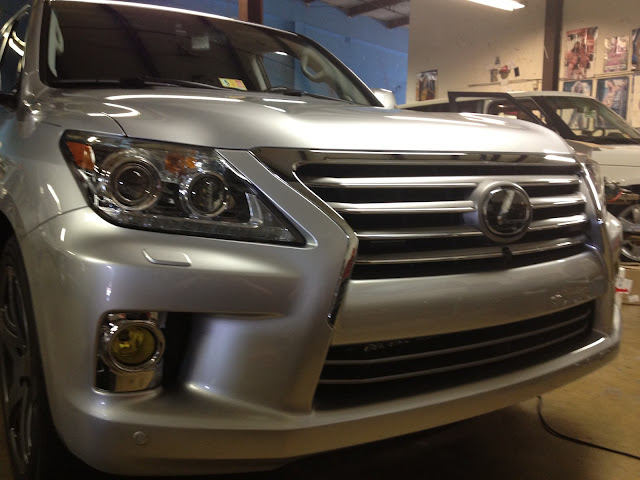 Shot of the front end shows the fog light tint, and the light bar and passport system which are very hard to see. 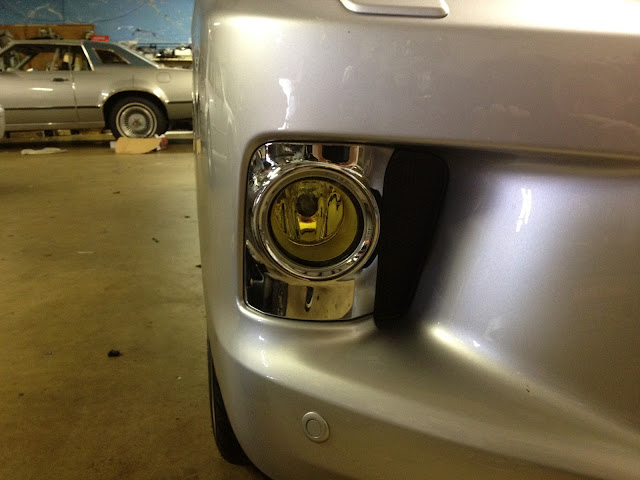 Close up shot of the fog light tint. 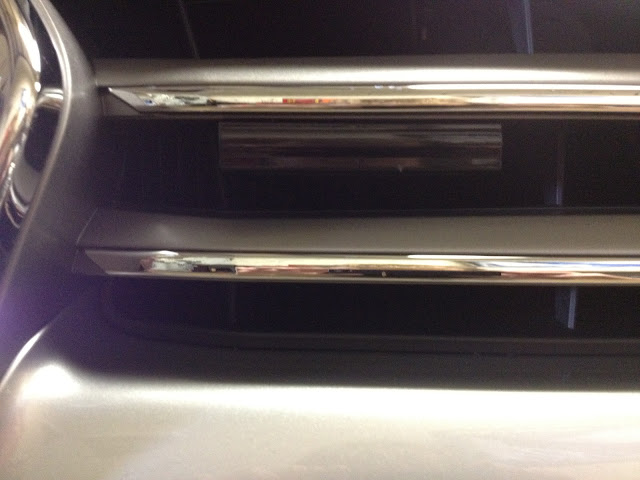 Close up shot of one of the front laser shifters. 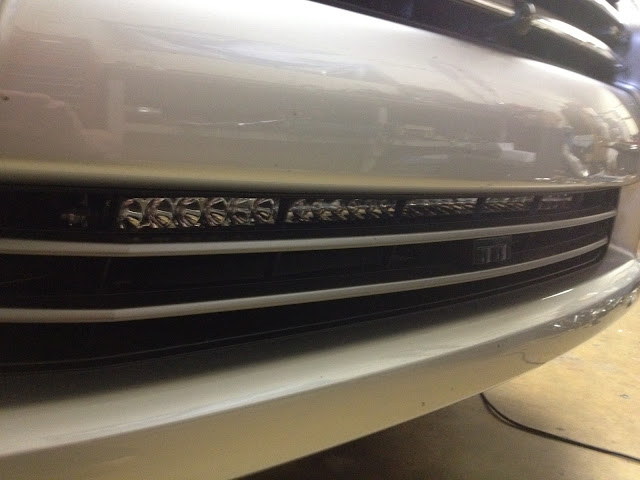 Close up shot of the light bar and front radar sensor. 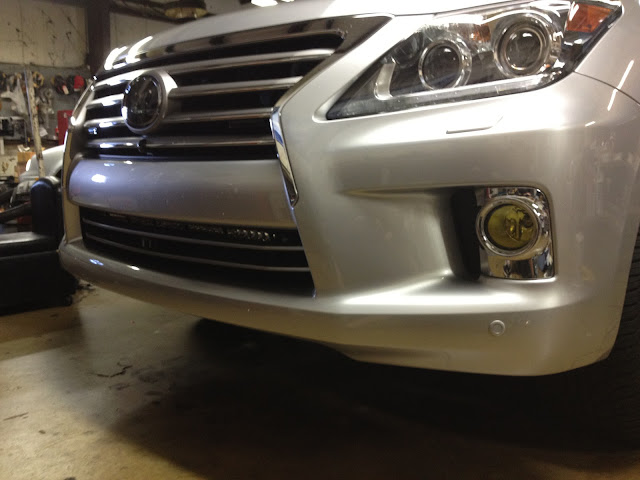 Front end with light bar off. 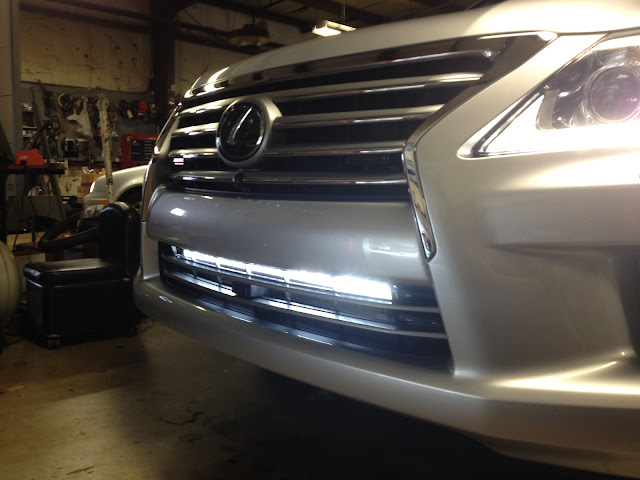 Front end with light bar on. 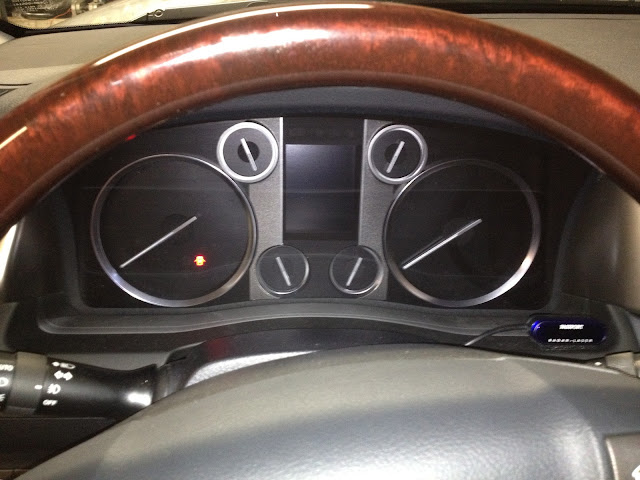 Shot of the radar display in his gauge cluster.

Hurley's installed a passive keyless entry and keyless start system in my car that I bought online (I confirmed that they could install it before I bought it), and I had a great experience. I called around town, and this was one of the only places that would install something they did't sell. I just handed over the system, told them how I wanted it configured, and they took care of everything for a great price. All of the staff that I talked to was knowledgeable and very friendly. They even offered me a ride around the corner to where I work when I dropped off my car. All in all, I couldn't have asked for better.
Max K.
Needed a new navigation system after the PCM system in my Porsche went dead. These guys were knowledgable, helpful and even when they hit a snag, they didn't give up. Gave me an upgraded radio and charged less labor despite working longer than expected. I do recommend them a ton!
David N.
Top quality service. Price was lower than 3 competitors I checked. I had a backup camera and sensors installed. You would never know the vehicle didn't come from the factory with the equipment already there.
Rob K.
Radar Detector Installation Pros!!! Great job. Got it done in like 30-minutes...and now drive the Porsche-911 the way it's supposed to be driven. Thumbs up
Charles E.
These guys are the best! They know car electronics like no other. First class work at market prices. Thanks Gary and your team for taking care of my automotive audio needs for over 4 years and counting!
Peter F.
Hurley's has expert knowledge on the latest trends and gadgets. The entire team is passionate about their work and have taken care of my vehicles for years.
Richard Kay
Potomac, MD
Call Or Stop By Today!