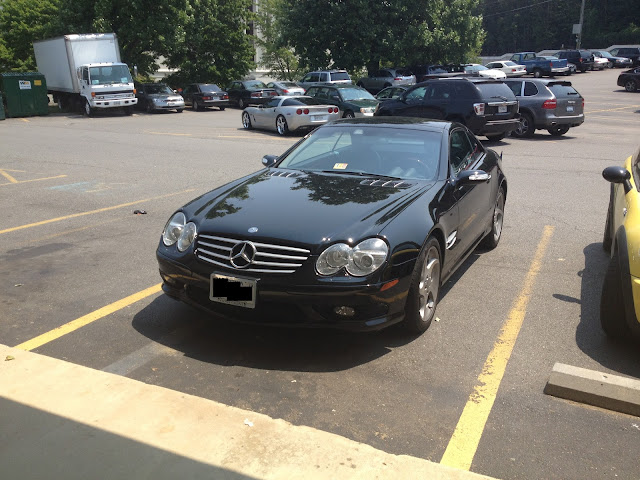 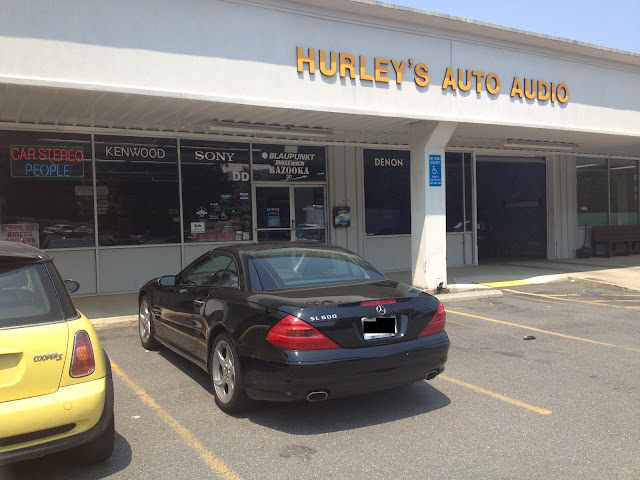 The owner of this Mercedes SL500 came into Hurley’s and was in need of an upgraded radio with more expandability options than the factory radio allowed. After going over the options the customer chose to have the top of the line Pioneer Z140BT installed with an added back up camera, satellite radio, and a module to retain their factory steering wheel controls. This unit also includes HD Radio, iPod control, Navigation, and Bluetooth. 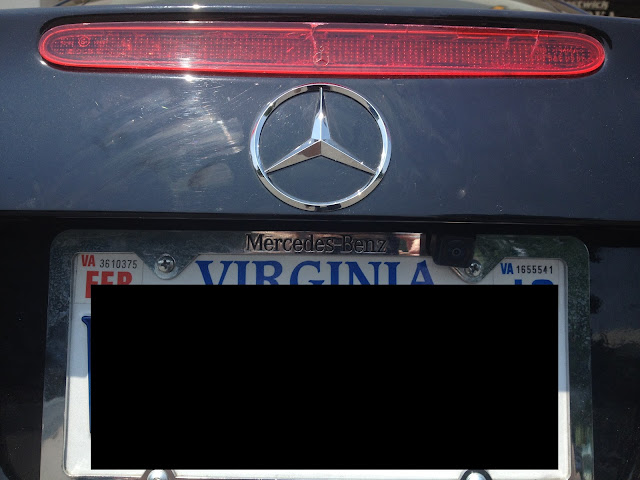 This photo shows the back up camera mounted just above the right side of the license plate. 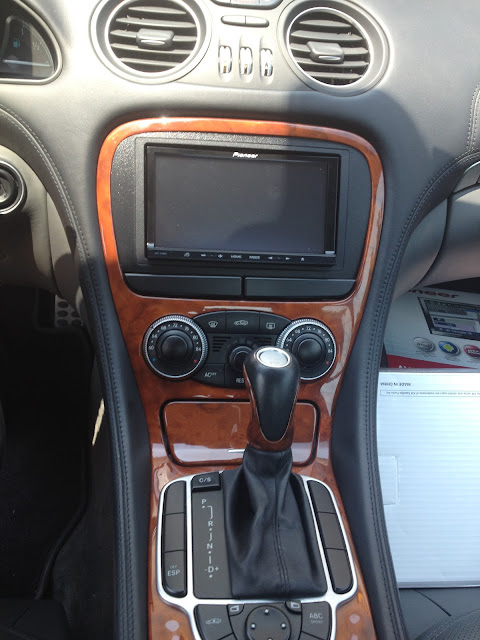 This picture shows the unit in the dash with a custom made dash kit. 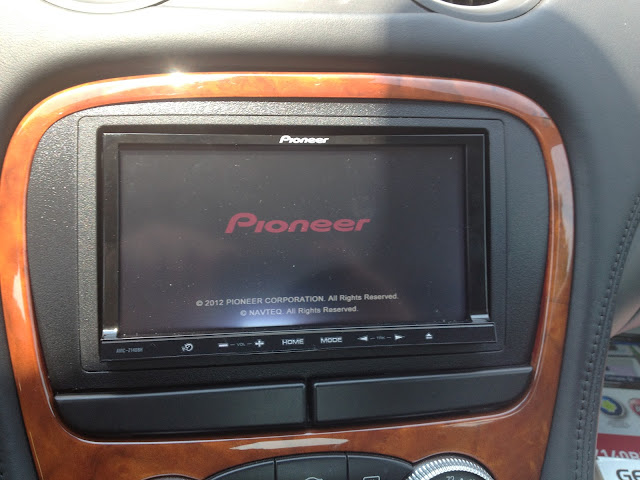 Closer view during the Pioneer start up screen. 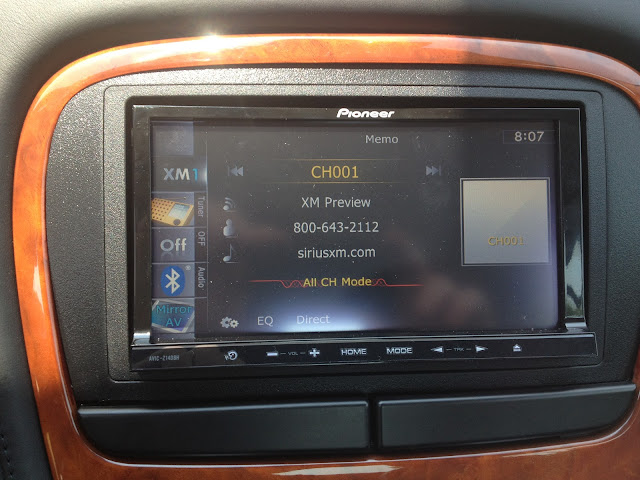 XM Radio preview station built in to the unit.